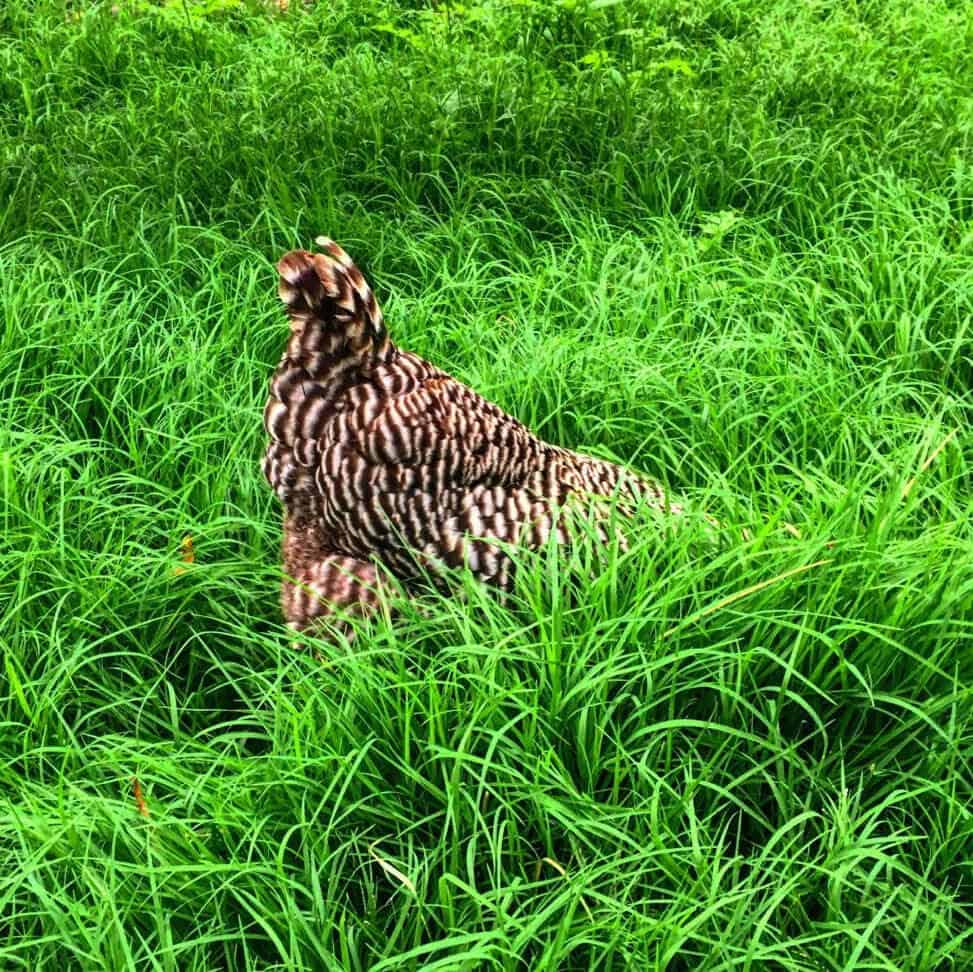 When Your Flock Gets Rocked

Are they pets?  Livestock?  Trendy hipster fads like ironic mustaches or jogger pants?  Backyard chickens are definitely a thing right now whether you choose to participate or just reap the benefits from an organic egg source.  But like any domesticated animal (especially one this low on the food chain kept outdoors) you’re going to experience loss.

Over three years ago we joined the movement and mail ordered four chicks (the baby chicken kind, not the mail order Russian bride kind…).  Many upgrades to the chicken coop later (and lots of woodworking projects!) and all the sudden we are down to just one chicken in the span of a few months.  When 75% of your flock gets wiped out that quickly, it’s gut check time for you to figure out what these critters really meant to you.  Are they a food source?  An extended member of the pet family (who should never be let inside the house even if they do make chicken diapers…  You know who you are…)?  Or were they a once good idea now turned pain in the ass?  Backyard chickens generally live 8-10 years which is a blessing or a curse.  Thankfully they don’t live as long as parrots… but that’s still almost a decade of daily maintenance of letting them out in the morning, locking them up at night… feeding, watering, cleaning the coop… They are honestly low maintenance animals compared to others but still require a lot of care.

Pecking order is a real thing with chickens.  It’s like they all live in the same prison cell block and the baddest MF’er is in charge.  In our case, that was Miney, one of our two Speckled Sussex hens that made up Eenie, Meenie (our two Barred Rocks), Miney and Moe (our two Speckled Sussex).  She kept the roost in line and actually set up a Night Watch (because winter is coming…) where one hen would rotate and sit by the doorway (despite the coop being fenced in) as a sentinel while the others slept in the roost each night.  Then a predator got Miney and the brood of hens and their order spiraled into chaos. They say chickens don’t mourn, but Moe, our other Speckled Sussex was a basket case for weeks.  She refused to come out of the coop and would stay in the nesting box for a majority of the day.  Meanwhile the rival gang of Barred Rocks saw the opportunity and fought to seize power of the coop.  If it wasn’t in fighting between the two, they both teamed up on Moe.  In the lunchroom, in the showers… the Barred Rocks made prison life tough for the Speckled Sussex.  It got to the point where we had to separate them when it was treat time.

After a few weeks that all changed.  Moe hit the weight room and started cracking eggs… and skulls.  She took over the coop and was at the top of the pecking order like her sister once had been.

When you lose a hen, the big debate is whether you replace the one you lost or carry on with what you’ve got.  It comes down to that pecking order again.  A new hen will forever be an outsider to your existing flock or at a minimum get treated like a second rate citizen to the group.  The other hens will attack her, pluck her feathers and make it difficult for her to get food.  She definitely won’t get a seat at the cool table at lunch time.  But just so you know… “On Wednesdays we wear pink.”  Having a larger flock with fluctuating numbers makes this less of an issue as it’s a little easier to blend in, but a smaller group like ours we knew it was going to be brutal given our girls were inner city tough as nails urban chickens.  They had street cred.  Another issue to consider is timing as well.  We like to get our chicks brand new because when you socialize them early, you have happy and huggable chickens (at least to people).  If you introduce a juvenile chick to the flock, they’ll kill it.  So they have to be separated until the younger chicken is full grown and can hold her own.  Chicken life is the real deal.  Ha!

We opted to wait it out with the three we had.

It’s Out Of Your Hands…

A few weeks back I came out in the morning to check on the ladies and noticed one of our Barred Rock’s was huddled in the corner of the run while the other two were asleep in the coop.  She had gotten sick in the middle of the night and the other two pushed her out into the cold.  The bond shared between the Barred Rock Gang (or BRG) meant nothing when it comes to chicken survival.  With ice running through her veins Meeny (appropriately) kicked Eenie to the curb.  Within a few hours Eenie succumbed to a viral infection.   We didn’t know what to expect when we were down to just one of each type of hen.  How were they going to react?  Apparently it didn’t phase them.  They went about their business, but then unfortunately just a few weeks later, Meeny got an egg obstruction that was a result of another viral infection and had to be put down.

My wife being a veterinarian wanted to offer whatever care we could when we noticed Meeny was sick, so we actually took her to another vet that works with poultry.  We wanted to find out whatever was happening to our girls and see if we could prevent it in the future.  Turns out it came from a random viral infection that just sort of happens, especially with the interaction of wild birds.  When treats are out in the run, little birds can get in and there’s nothing we can do to keep them out short of building an aviary.  We were worried it was something we did that caused this issue but it was just the circle of life, minus the hyenas and lions.

So now we are down to a single chicken.  Our flock of Urban Chickens are just The Urban Chicken.  Sounds like the perfect name for a fancy new Farm To Table restaurant.  Is she going to be depressed and broody again?  Will she come out of the coop?  How is she going to react…

She loves it.  It’s so strange.  Chickens are companion animals.  Meaning they prefer having a friend.  They are healthier and happier, lay more eggs and live longer when they have a gal pal.  But Moe is more vocal and more adventurous than ever.  Plus, she’s laying more eggs by herself now than the three chickens did combined after Miney was lost.  So we are torn as what we should do.

With a flock of one, it would be much easier for us to introduce new chickens in the spring and have a higher chance of survival since the original street gang has been broken up.  But just because she’s the oldest, doesn’t mean Moe would be top of the pecking order.  Chances are she would be relegated to the bottom of this crew.  So it’s a tough call.  And this is where the decision comes back to “are these loved pets” or are they “just a source for food?”  Do we care about Moe’s feelings and rank in the pecking order?  Does she care?  Who knows, but once you’ve hugged your chickens these sort of things matter. 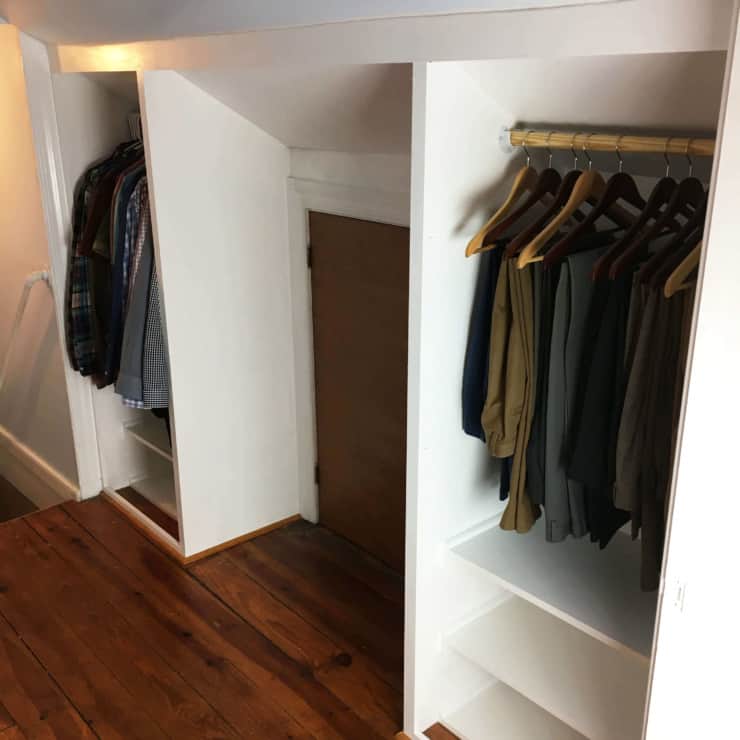 A How To Guide To DIY Built In Closets

So you’ve built some DIY furniture and maybe dabbled into the world of fine woodworking, you want a … 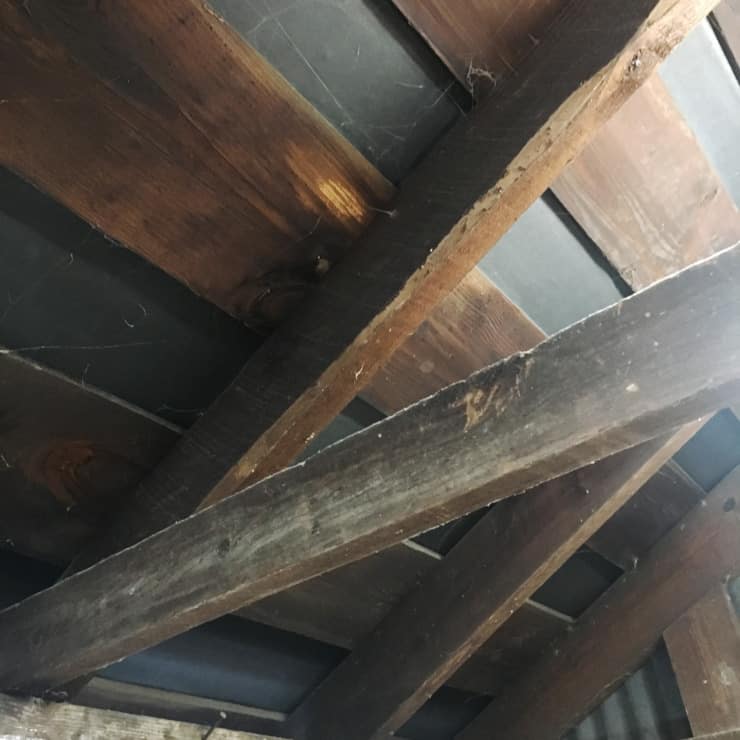 Garage Update: It’s Raining… On The Inside 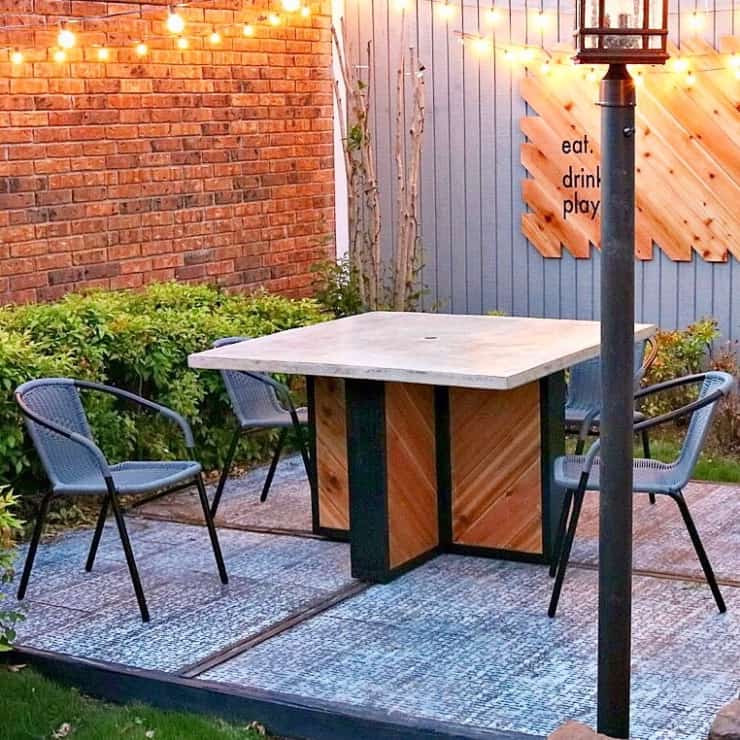 Guess what folks?  I’ve done it.  I’ve figured out a way to be even lazier than I’ve ever …

Read More
May 4, 2017
← PREVIOUS POST
Cut The Cord. Get Blown Away
NEXT POST →
I Love Lamp...Errr...Clamps.
Subscribe
0 Comments
Inline Feedbacks
View all comments
Need To Find Something?
Who Is Lazy Guy?