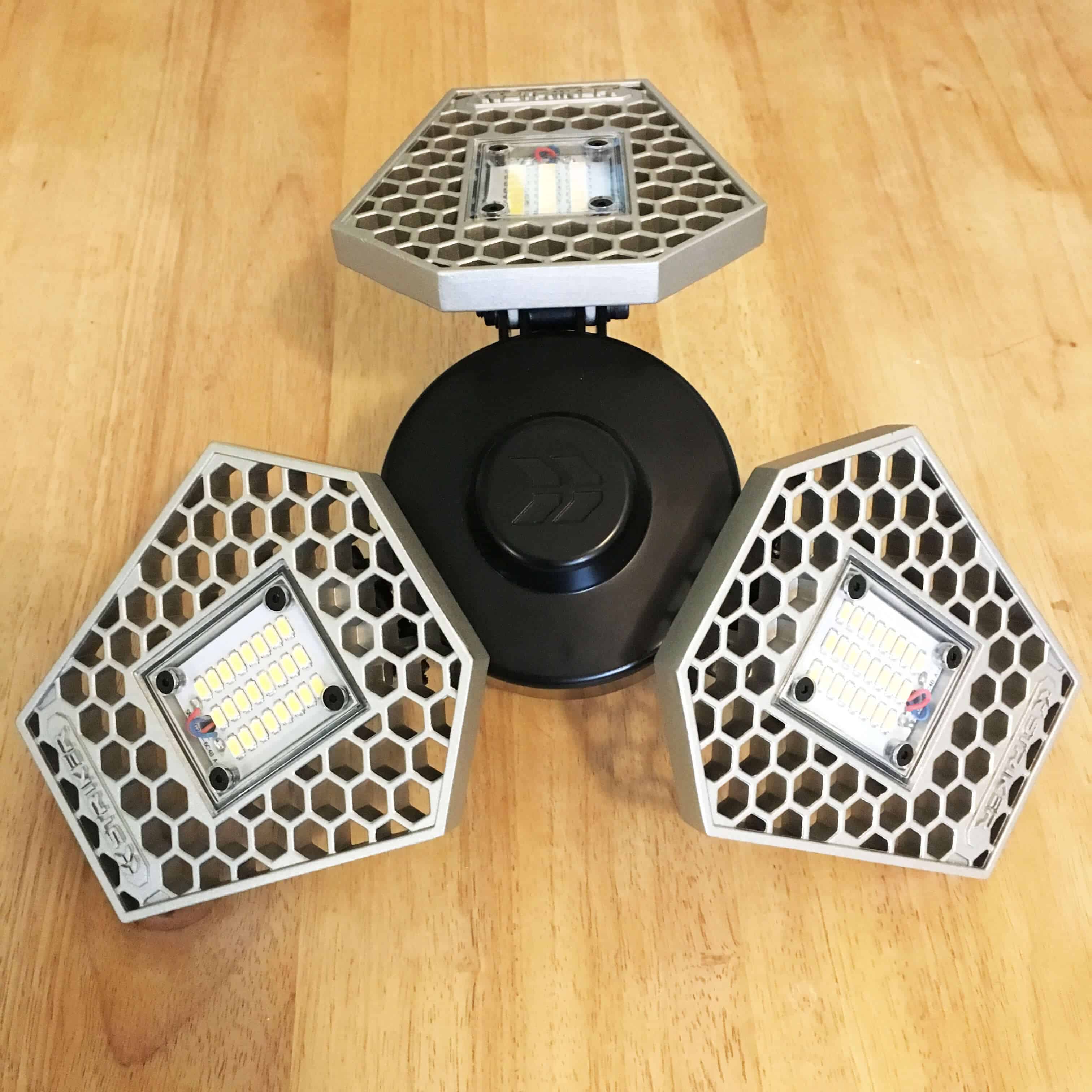 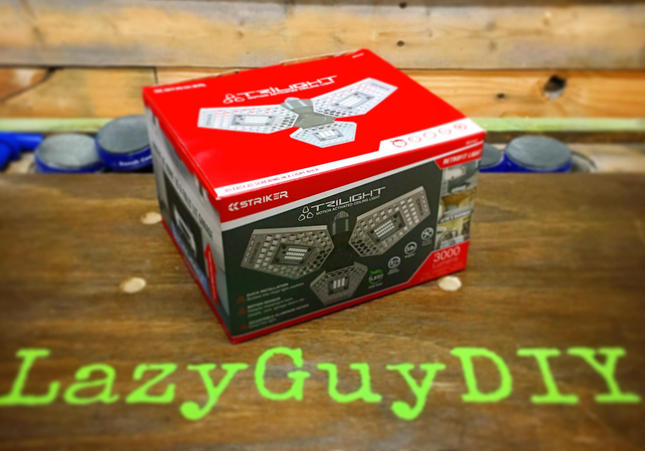 Come on baby light my fi… garage…  With motion sensing, energy efficient LED lights!  So I talked about the Striker TRiLIGHT back in November in my Shop Upgrades post.  This little light (of mine) has been in high demand since then (i’m gonna let it shine) and it’s been tough to get your hands on one.  Before the holiday season they were wrapping up their extremely successful Kickstarter campaign that was fully funded and were getting ready to ship out their first batch of orders.  SOLD OUT batch of orders.  Flash forward to the start of the new year and they sold out of their next batch.  Luckily, the folks at Striker wrestled me a unit away from some early adopter from SoCal that has a name like a piece of furniture from IKEA.   If you hate reading but enjoy listening to me and watching me (hopefully not in my sleep…) you can check out my video review below.  If you like reading and want to continue, go ahead and mute your speakers and press play anyway, it helps my numbers 🙂

So let’s get down to business.  The TRiLIGHT absolutely looks like a Star Wars Tie Fighter.  There’s no denying that.  If you disagree with me it’s only because you don’t want to admit the nerd-force is strong with you and you’re ashamed of it.  Nerd is chic right now.  Let that peacock fly. 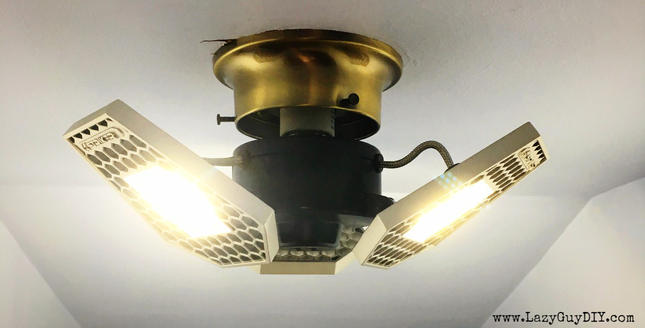 Needless to say, the TRiLIGHT is probably not something you’re going to put in your kitchen over the sink.  I  mean you might, but that’s not really what it was intended for.  This thing shines (light pun!) in utility spaces.  Whether it’s the garage, the attic, your shop or the basement.  The idea is to let you have a convenient, motion sensing light that is bright as can be, energy efficient and oh yeah, requires zero installation other than screwing it in like a light bulb. 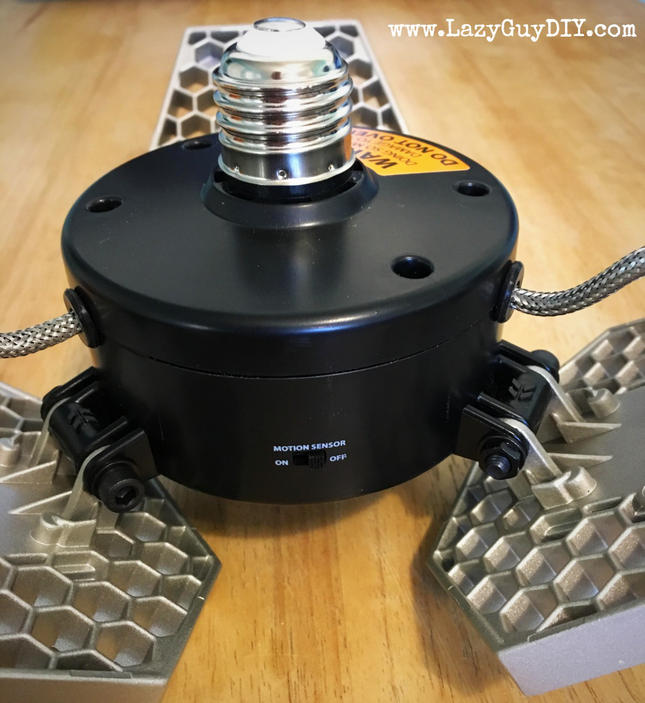 So how bright is this thing?  How about 3000 lumens?  If you’re anything like me that means about the same as someone telling me how fast they drive in KPH.  So let’s put it this way, a 100 watt incandescent light bulb produces around 1600 lumens.  If you screw the TRiLIGHT into the same light socket you’re getting 1400 extra lumens with directional panels that are motion activated and only use about 25w of power.  Yeah so, upgrade. 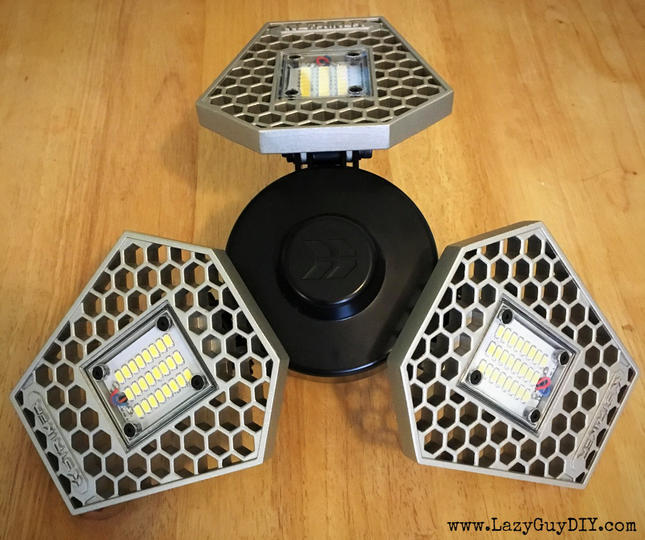 Oh but Lazy Guy, my quick google search tells me that a fluorescent tube light gives me 3500 lumens, what now?  You mean the same fluorescent bulb that requires a specific housing to either be wired into your electrical and attached to your ceiling or plugged into a standard electrical socket?  Yeah no thanks this one just goes right into the socket that’s already there… and then comes on automatically when I walk into the room.  It’s like my own personal surprise party. 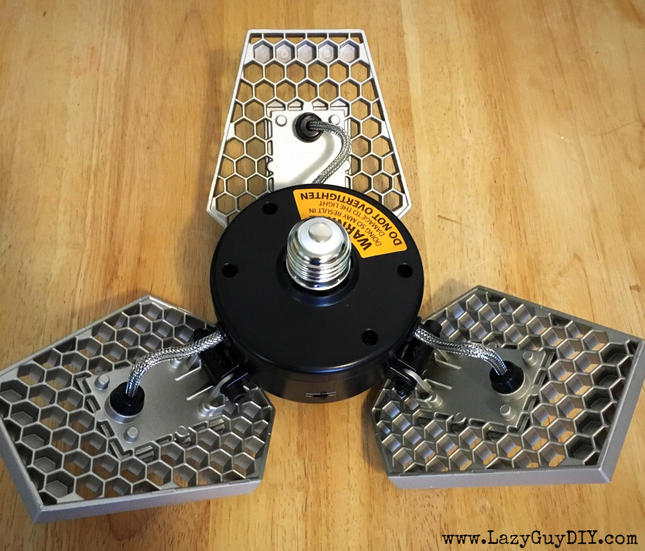 Okay, so now you really want one.  Where do you go to buy your own?  Since the Kickstarter campaign is now over your best bet is to grab a TRiLIGHT of your own off of Amazon.  They do sell out quickly, but often restock in a few weeks.  Oh, and if you’re concerned about price, realize that this thing runs for over 50,000 hours of use.  That’s almost 6 years of run time.  Between energy efficiency and longevity, you’ve got yourself a winner that looks pretty awesome too… even if it looks like a Star Wars Tie Fighter instead of an X-Wing.

*This sample of the Striker TRiLIGHT was provided to me by Striker Concepts.  My opinions on this post are my own and have not been influenced by this really awesome Star Wars looking light.  It looks like it might fire laser beams, if it did, I could perhaps be swayed a little bit by a laser beam firing motion activated LED light.