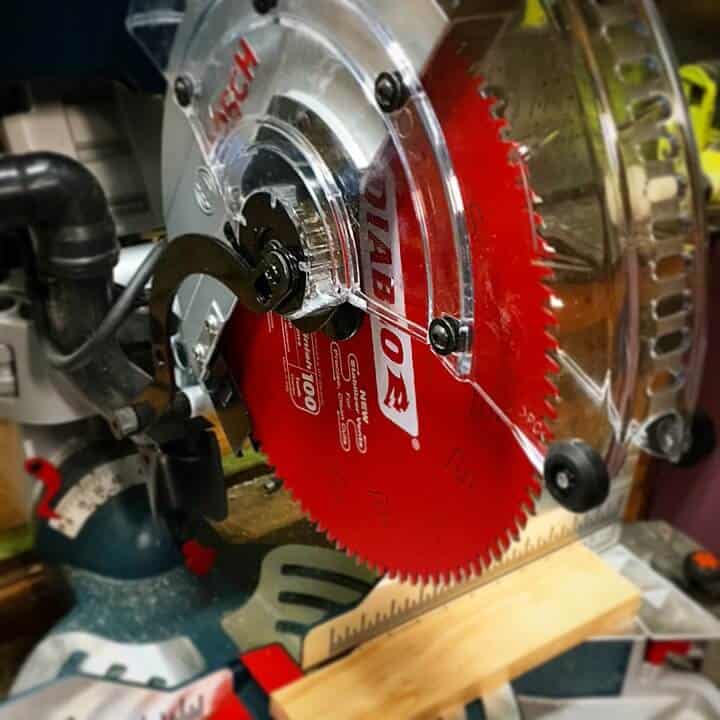 The Big Miter Saw For A Small Workshop

I have a problem.  It’s something more common than most people are willing to admit, but there’s nothing I can really do about it.  These are the cards I’ve been dealt and I can either be embarrassed by this shortcoming or learn to use what I’ve been given to the best of my abilities.  I have a tiny shop.  There I’ve said it.  I’m got a small workshop.  Sure, I can set up my camera at funny angles to make it look bigger, but the truth is obvious and I’m not going to let it hold me back.  Of course I have large shop envy.  I can only imagine how empowering a shop the size of a two car garage could be, but having a small shop allows me to be more creative and find a better way to satisfy my customers.

All jokes aside, running a small workshop in a space that’s roughly 160 square feet without tools in it is challenging, start stocking up your shop and it gets downright difficult.  Everything needs to be portable or space saving and it darn well better not eat up a ridiculous amount of floor space.  That’s prime real estate at Lazy Guy DIY headquarters.  One of those essential tools in my shop is the miter saw, specifically a Compound Sliding Miter Saw.  I get asked all the time by people if it’s worth the extra money to upgrade to a slider and my answer is always and very enthusiastically yes.  But that extra investment generally comes with a hidden cost.

Traditional sliding miters have a set of pistons that come off the back of the saw that allow the expanding and contracting cross cut motion.  It’s great for accuracy, rip cuts and dados, but you’re adding basically 20”-30” of required clearance onto the back of your saw that pushes it forward into the middle of the room.  From the back of the pistons to the miter lock handle on the front of the saw that’s almost 41” of space being taken up by a tool.  Close to four feet in a shop that’s only ten feet wide can be debilitating and it only gets worse if you have something directly across from it.

A Miter Saw To Rule Them All

The struggle is real and my friends at Bosch tools realized this.  So they set me up with one of their flagship power tools with the 15 amp Corded, 12” Dual-Bevel Glide Miter Saw (*affiliate link).  No that’s not a typo, that’s a “Glide” Miter Saw, not a slider… and it moves like it should be part of the superior tech on a Transformer robot.  More importantly, if you have a dimensionally challenged (or tiny) shop like mine, it’s your new best friend.

A standard sliding miter saw is flawed when it comes to space saving design because it’s based on a traditional chop saw that someone attached sliding pistons onto the back of.  It’s not the designers’ fault, but there’s something unsettling about having the pistons expand towards the user as they make wider cuts, so why not push them out of the back?  Much like a Toyota Prius and its hybrid technology, the novelty of that key function takes priority over other important things (like how ugly a Prius is) or you know, losing the ability to place your saw anywhere near a wall.  Bosch went full anarchist, rebelled against the system and shifted the paradigm when they made this saw.  I wouldn’t say this saw is designed from the wall to the user (because the sawing is where the design should start), but it sure feels like it was a high priority.

From a resting position essentially against a wall, the saw blade glides towards the user using the Bosch “Axial Glide” system.  What’s that mean?  Rather than using pistons to move the blade forward, you have a vertical and horizontal joint that span the distance.  Still confused?  Imagine a closet that’s using one of those oh so trendy sliding barn doors to cover the space when not in use.  If you want to open the door, you need a track and a space the width of the door to slide it open.  Replace that with a pair of bi-fold doors and now you’re in the ballpark of how this works (but where bi-folds doors are cheap and ugly, the glide miter is beautiful and innovative).

So with its back physically (not figuratively) against the wall how much space am I actually saving?  I have two other brands of Sliding Miter Saws in the 10” variety that when the pistons are pushed all the way back to a standard cutting position there is a full 21″- 24″ inches from the wall to the front of the fence that is dead space behind the cutting zone.  The Bosch Glide Miter only takes up 13″.  From the wall to the miter adjustment knob on the front of the standard sliding miter saws it’s 38-41” from nose to tail.  On the Bosch, that measurement is only 32”.

Being only 6″- 9″ inches shorter might not seem significant to you, but then consider your fence sits almost 11″ closer to the wall when cutting.  Inches equal miles in this competition and the winner is clear here when it comes to being a space saver (even with a 12” blade as opposed to the 10”ers).  Once again, that’s not a knock on those brands, but they stayed inside the box when it came to design.

Bosch Glide Miter For The Win

Alright alright, I know I know.  I’ve been gushing over the space saving abilities of this saw and not telling you about what’s ultimately the most important factor… How does it cut?  Like butter.  The glide motion is the smoothest and one of the most seamless actions I’ve ever experienced with a power tool.  It almost feels organic because of the fluidity in the motion.  That means nothing though if the machine lacks the power to cut through your material.  Pull the trigger and put your fears to rest.  It jumps off the line like a 10,000 horsepower drag racer.

The saw comes standard with a Bosch 60 tooth blade but I say if you’re going to crank the volume all the way up you might as well go all the way to 11 so I swapped that blade out for a 100 tooth Diablo Ultimate Flawless Finish blade (*affiliate link) for fun.  After a few maniacal laughs my scrap wood stack cowered in the corner for fear of me reaching for yet another piece of lumber to cut just because I was now virtually unstoppable.

How about dust collection?  It’s also one of the best I’ve experienced whether you’re using the included bag or hooking it up to a vacuum DC system.  While we have yet to enter the age of zero sawdust particles per cut (or ZSPPC) this is one of the better set ups available.  Oh, and back to fawning over the design, on traditional miter saws, the dust exits a port on the back of the saw, which means you have to set up even farther away from the wall if you have the bag on or connect a hose.  The Bosch has an adjustable port on the side that just piles on to the space saving ideas.

So is it all sunshine and butterflies with the Bosch Glide Miter?  Pretty close.  This is easily one of best tools I’ve ever used and it delivers on one of the cleanest cuts out there.  There are a few attributes my other saws hit that this one misses the mark on.  For starters, there’s no work light or laser line when you line up your cut.  I guess I didn’t realize how accustomed I’ve grown to that feature even though it’s only something that’s been around the last few years.   That’s not a deal breaker and Bosch actually has an after-market laser guide (*affiliate link) that easily installs for only $40.

The only other remark is that at 65 lbs. there is not an easy way to carry this saw.  One of my other saws is 6 lbs. heavier, but it has several handles on it that make manageable to move around.  I don’t consider this a jobsite saw for that reason.  But that’s okay, because this is a piece of equipment that you can build your shop around.  Which I actually am (building my shop around it), be on the look out for a miter saw station I am designing specifically for this saw that will only add to the space saving qualities that every tiny shop like mine needs.

*This post has been sponsored by Bosch Tools in exchange for my opinion on this product.  My opinion is my own and man…this saw is awesome! 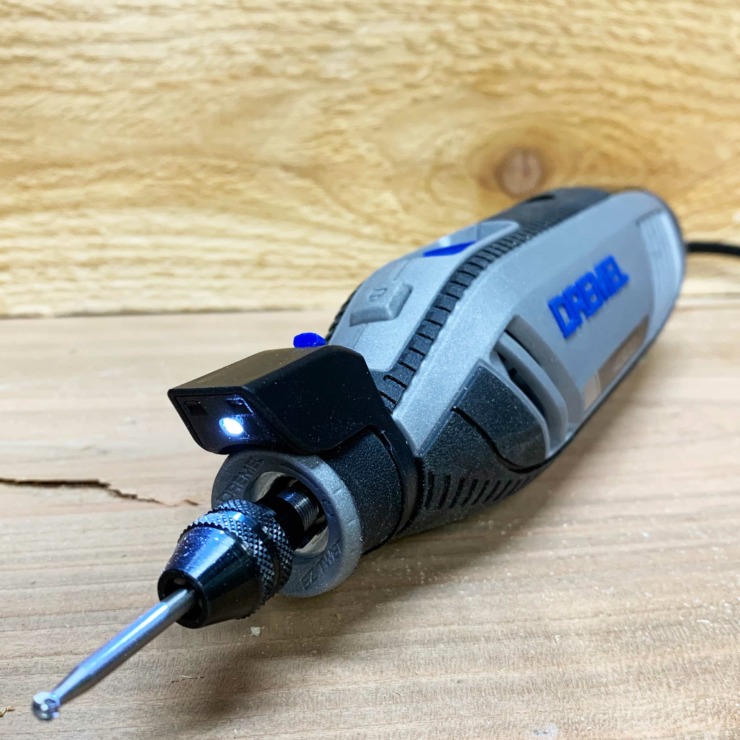 A Dremel For Every Occasion

From craft projects to home improvement, Dremel makes a variety of products that tackle all things big … 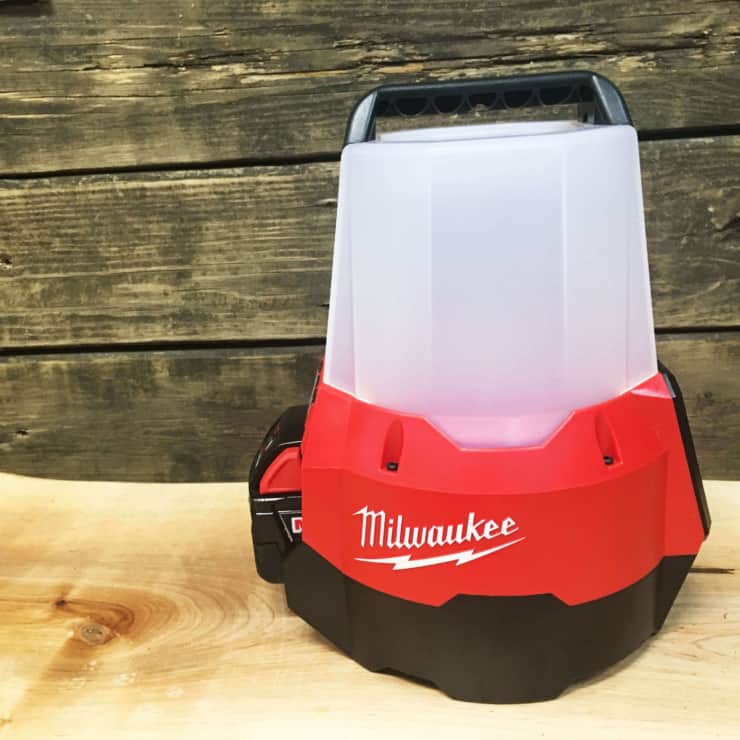 Attics, crawlspaces and even a little time (a lot of time) under the kitchen sink is where I’ve … 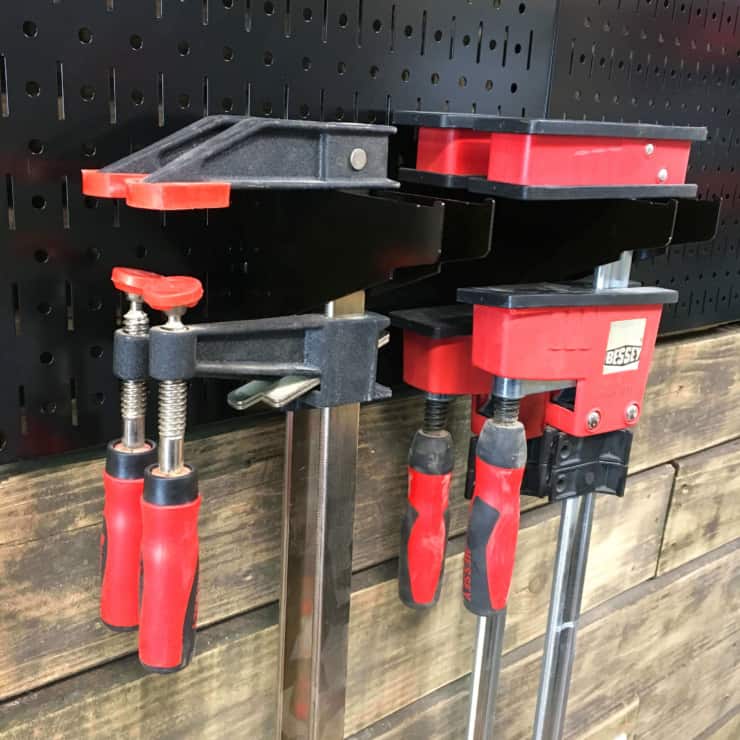 Great Article, one thing I would add is to make a zero clearance insert for your miter saw. This helps reduce tearout and if you are like me and mainly use your saw primarily with no angle the insert will last a while. However, they are easy to make so if you need an angled cut and the gap gets larger it is easy to replace

Totally agree with the zero clearance inserts! Makes a huge difference. It’s a beast of a saw though. I love it!

0
Reply
Need To Find Something?
Who Is Lazy Guy?