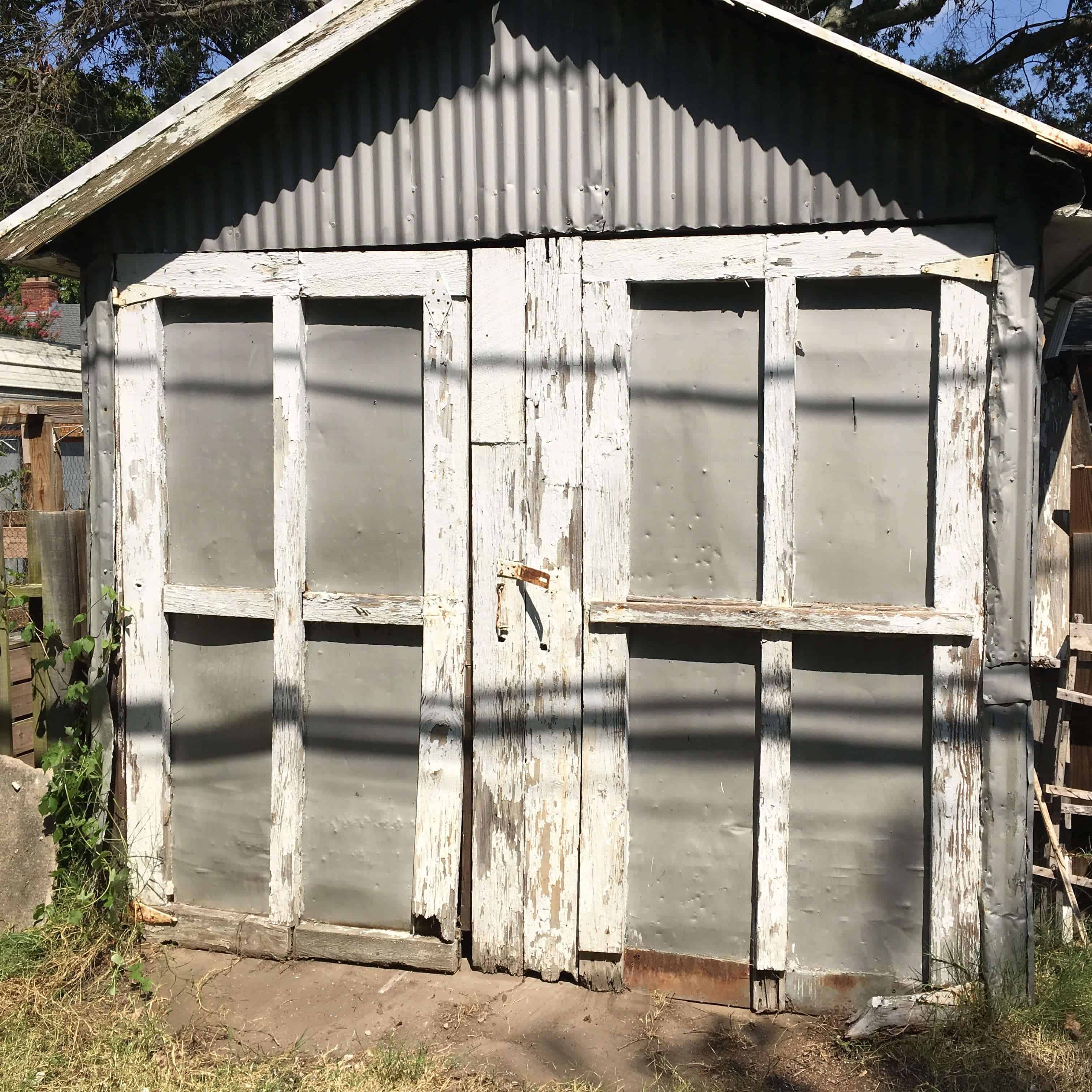 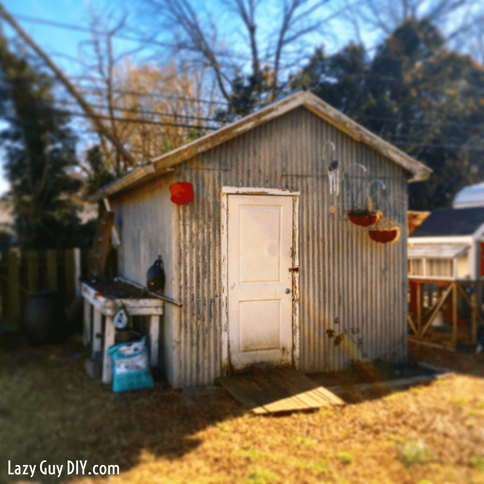 Whoa… this was a long term project, how could there possibly be an update?  Isn’t this really the spot where you stockpile things you want to do but never actually do?  Something we like to call content filler in the business?

Nope.  This is legit.  Progress has been made.  Pictures in this post will be limited though, I’ll explain why in a second.

Well, cleaned out is a relative term.  The fact of the matter is, prior to Sunday, there was a very limited, very difficult to navigate foot path into the garage with zero clearance or room for error that let me get to the chicken feed or the lawnmower.  Everything else was enter at your own risk and structurally unsound.  Have you ever seen the pictures of a hoarder’s house where they have tiny little lanes to navigate from room to room through clutter stacked ceiling high?  Yeah… i’ll admit it was getting that bad.

I found things I had never seen before (an electric edger that might have come with the house), I found things I lost years ago (my 4 foot level and chalk-line!!) and things I could see but couldn’t get to (a pink barbie power-wheels jeep).  So three standard sized city garage cans later… I could start to see the floor…

Let’s be honest here though, you and I are pretty close after the time you’ve spent on this site, so I can share an embarrassing secret.  The reason why I was finally motivated to clean out the garage isn’t because I’m ambitious and eager to convert it into a wood shop (remember… I’m lazy. Ask my wife).  It’s really because one day recently while looking out the window of our daughter’s room to the yard, specifically at the chicken coop (Caw Caw’s as she calls them), I saw the biggest freaking rat I have ever seen eating from their feeder.  We’re talking New York City subway sized rat.  We’ve had the chickens several years now, we leave the feed out at night and have never seen signs of rats or mice before.  I guess we’ve been pretty lucky.  Well upon inspection, it was pretty clear that these things were happily living in the garage and were feasting on chicken feed at their convenience.  A few days later the garage started to have a very strong smell.  Eww… we’re dirty rat infested people!

Once we finally had a break in our week and a half of rain, it was time to take action.  The only thing worse than cleaning the garage out is cleaning a garage out knowing that any minute you’re going to pick up something that either has a rat in it or a rat nest.  Anticipation mounted the entire time.  I had a feeling I knew where they were, but every time I picked up a tarp or a drop cloth I got cold chills and sure has hell shook the shit out of it before I took it outside.  Worst of all were the umbrellas… there were two patio umbrellas that had been left by the previous owners… picking them up, I just kept imagining rat babies, spiders or hornets falling out of them onto me….

3/4’s of the way through and no rats, I realize it’s time to employ a secret weapon to fight back the darkness.  Literally.  Darkness.  There are no lights in the garage, so I bought this nifty LED Shop light off of Amazon.  It is ridiculously bright.  I installed it in less than 5 minutes.  Now… on with the story. So I get to the final stack of “stuff” in the now illuminated garage.  There have been rat droppings everywhere.  This is the moment I’ve feared the most.  We had extra insulation from when we thought it would be a good idea to insulate our house when we moved in.  So those pieces went into the garage and somehow ended up on the floor.  I had been working in here for a few hours making a ton of noise.  I even used my impact driver to install the light and still no sign of the critters.   So I pick up the piece of insulation off the floor…

RATS!!! Scattering everywhere!  #!&^%#_(&*!!!  This is why I have no pictures.  Who needs to be holding their phone to take pictures when no moment is safe!  I guess I could have put on my GoPro… that would have been a great first video on the site.  Lazy Guy screams and cries like a little girl when the rats attacked him.

I didn’t scream and I didn’t didn’t jump up on to the highest surface available though.  Sorry to prove you wrong.  Or at least you weren’t there and there is no video, so there is no proof it happened otherwise.  There were at least 4 scattering adults and a wriggling pile of babies laying on the concrete slab.  Ugh.  Short of starting the debate of “Pro-Rat Life” and “burn down the garage!” I’ll just say proper steps have been taken to make sure this isn’t a problem again.  Our chicken feeder gets locked up at night time now and the garage has been scrubbed down and emptied.  There will no longer be a place for those critters to hide and make a nest.  No Vacancy.  Ever.  Again.

With that out of the way, it’s on to actual repairs.  My first priority is taking care of the doors.  I mentioned before the poor condition they were in.  The pair on the alley side are falling in on themselves and the door on the house side is a cardboard composite interior door that soaks up all the water when it rains.  Literally all the water.  Then it swells so you can’t open it.  The big debate is, do I buy pre-made doors or build my own?  Honestly, i’m leaning towards building my own for the alley facing doors at a minimum.  Originally, I was going to tear them out., frame the gap in and put up a wall with windows.  Then my genius wife explained to me that if I take those doors out, i’m really limited to a standard door size for all of my projects exiting from the house side of the garage.  Man, she’s brilliant.  Plus, I’ve always really wanted to build a door before (shall I rhyme some more?)  Double plus… Lazy Guy Tutorial!!

In the meantime i’ll need to figure out what design i’m going for, what will be the most secure (because people can be jerks!) and what won’t start to sag in the middle.  We’re talking almost 10 feet by 8 feet of space to fill with 2 doors.  Traditional sliding barn doors won’t be an option because A) they aren’t going to be secure enough and B) there’s not enough wall space to be able to slide both sides open.  So these will need to be traditional hinge hung doors.  I’m open to suggestions if anyone has any input.  That’s it for now, I do expect a lot more updates on this post and possibly a legitimate tutorial or two.  I’ve got a monster project for a local business starting up this week and I really need the space to get things going. ~Lazy Guy