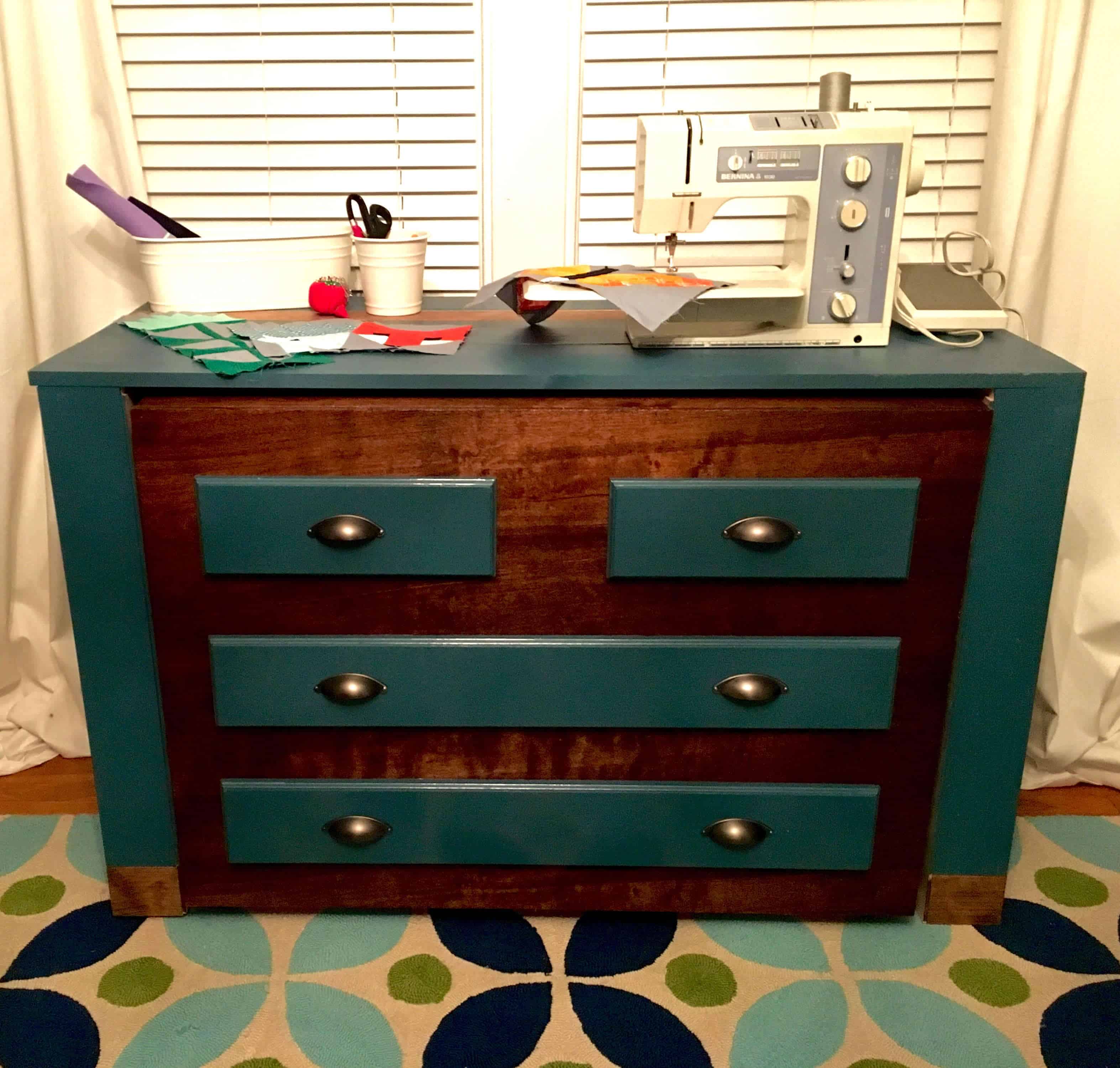 No Really, It’s Okay to Fail

There’s this funny little mythical term I keep hearing about called “free time”.  I think it comes from Old English (like the 40oz!) for “once in a blue moon”.  When I actually get that free time that’s when I try to tame that magical beast and spend some time in the shop.  Although, after having to “adult” all day and then “parent” after that, the Lazy Guy moniker really kicks in and it’s tough to find motivation to do some work at night time.  What I’ve found that really keeps me going is listening to Podcasts while I work.  I listen to everything, from celebrity and pop culture like the Nerdist (enjoy your burrito!) or True-ish Crime like My Favorite Murder (Stay Sexy and don’t get murdered!) to even podcasts hosted by some of my peers in the builder/maker community.  It was during one of those such podcasts hosted by John and Sherry from Young House Love that really made me think that I had a post I wanted to share with you.  They were talking to the “be all do all” DIY’er Ana White and how she says she has a lot of projects that never quite make it to her website.  She’s a great planner which reduces her failures, but doesn’t share the plans that don’t cut it.  Sherry piped in that some of their most well received posts on their website were of their failures.  It’s not that people were trolling them, but that pedestal of perfection was knocked down.  You know how in celebrity gossip magazines (which I’ve never looked at of course) they have a section that’s titled “celebrities are just like us” or something ridiculously similar showing a Kardashian pumping gas?  Look!  They pump gas too!  It’s almost the same concept because we see the same perfection over and over again on DIY websites of these fantastic finished products, when your normal weekend warrior doesn’t always have that level of success on every project.

I reached out to a couple of my peers and asked if they ever show their failures on their websites, the answer was pretty much no.  Well I’m here to tell you that yes, I fail too.  I fail hard sometimes.  Ask my wife (who tells me I fail at cleaning all the time) or ask the gremlins in my garage that I say bad words too when things go wrong.  Ha.

What I want to do is show you my biggest failure to date since launching this website.  While the finished product is functional, I hate it.  It’s the Newman to my Jerry.  So much so that I’ve never put plans of it up on the website.  That’s ok though, the plans are on another website that gets way more traffic than mine and oh yeah, to rub a little salt in the wound, it was an anniversary present for my wife for the good old “wood” gift year.  So without further ado, here’s the “hide away craft center”.

To me it looks like a really bad custom built dresser in some little boy’s room from the 1960’s.  One that weighs several hundred pounds and is impossible to move.  I imagine a little boy in a cowboy hat playing under it drinking Ovaltine.  The concept was sound on this build though.  My wife needed a dedicated craft space that would hold her sewing machine, her cricut and other crafting supplies.  Basically, let’s hide all the crap when it’s not in use and also not take up the dining room table when it is in use.   We knew we were going to put this thing in our master bedroom where our dormer is.  It’s a great sunny space during the day, but it’s also where our Golden Retriever (Gus!) sleeps at night under the windows.  Who am I kidding?  Gus gets the prime sleeping spot on our king sized bed sleeping crosswise while my wife sleeps diagonal.  Meanwhile, I get a little edge and cling on for dear life so I don’t fall off in the middle of the night.  But long story short, Gus’ bed is in that space and we needed something that could expand and compact down as to not encroach on “his” space.   There’s a work surface on top, but the real fun begins when the cabinet face pulls out to reveal rolling storage.  There’s an additional work surface and then storage for all of her crafting gear.  Sounds cool right?  Not at all a failure?

Well despite it’s ugly looks, it’s also completely the wrong size.  There’s a reason why this thing is sitting in our dining room and not hidden away upstairs where no one can see it.  It won’t fit up the stairs.  It’s too wide.  And oh yeah… it’s ridiculously tall.  I’m a tall drink of water, but this isn’t a craft center for me.   It’s also not a standing desk.  So what happened?  Did I forget how to math?   *Cue the excuses!  As I mentioned, this build is on another website.  They were having a National Social Media day and wanted to feature various builders and their work.  There was a deadline for the build and this was my first real opportunity to have something of mine show up somewhere other than my mom’s refrigerator or my website.  Unfortunately, a massive storm hit our neighborhood and knocked our power out for over a week.  The fun folks at Ryobi hadn’t provided me with all of these sweet cordless tools yet either, so instead, I had to pack up all my tools and try to build this thing in my inlaws’ driveway.  From memory.  My memory failed me.  Ha.  Which is why it’s so big.  My measurements forgot to account for the casters on the bottom.  Whoops, which also means that when I built the shell that goes around the hide away portion it also ended up being a lot bigger.  Which also meant all of my materials were off.  Not reason enough to hate it?

With that deadline looming to finish the project and put the post up on this other website that night, another storm hit.  This one was less wind and more water.  So much water, that it forced our basement door open and flooded the entire thing with several inches of water.  Like ankle deep water.  In good news, I had just taken the desk upstairs, so it didn’t float away.  In bad news, while dealing with the basement issue with minutes ticking away before the post had to be submitted… the power went out.  For hours. Ha. This project was just doomed from the start.  I ended staying up till 3am to finish my post after the power came back on so I would have something for the website.  Then this embarrassing thing hit the social media campaign a few days later.   “Hey check out this build by Lazy Guy DIY!”  and maybe run away and never look at anything on his website while you’re at it.  This was also after I just made a couple of really successfully projects so it was a massive let down for me.

Just as a reminder, I get a notification any time someone likes my projects on this website and there’s a counter every time someone visits it.   I think this build is still waiting for it’s 2,000th view.  Meanwhile, my other posts that went up months afterward are nearing 20,000 views and likes.   Here’s the funny thing though, I still occasionally get a comment or a notification that someone likes the project or wants to build it.  It shocks me, but it shows that even in what I think is a total failure, it might be something exciting or a useful concept for someone else to expand on.   While this isn’t as bad as the first table I built as a kid with three different sized boards that stood no chance of standing upright, it really didn’t hold up to my standard (yes I do have standards) for a build.  Luckily… it was just for my wife… Ha.   But why is it okay to fail?  Because in this build, despite things going really poorly, I got to try out a few techniques that I was able to use on a few of my future projects that were really successful.

So even in failure, good things can happen.  Granted… it wasn’t a cheap failure… but it saved me from making those mistakes on later projects.  And for a project that never made it to my website, a bunch of tips and tricks did make it.  “Easy drawer pulls” and “flush trim routing” all came from the craft center build.  Given the feedback I’ve gotten from those, they were a real help to someone.   So even if things didn’t go the way I wanted, that’s ok, it will next time.  I’m happy to say that I haven’t abandoned this project, there is a round two coming that will be bigger (in concept, not size) and better.  I can tear apart my original and reuse those pieces on the new build or another project…  which I will definitely share with you… unless that one stinks too.  Ha. 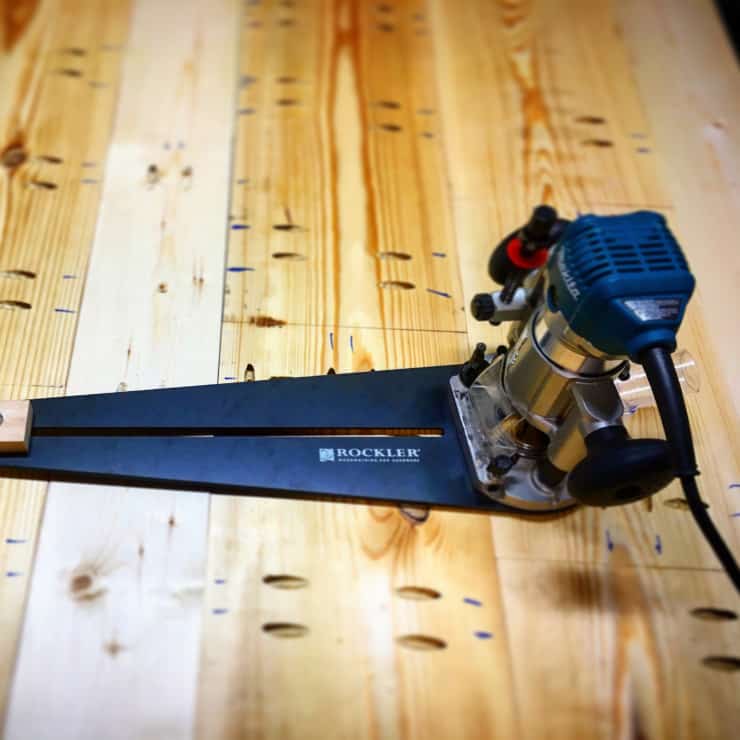 If you follow me on Instagram (if not, why aren’t you?) you would know that I’ve been … 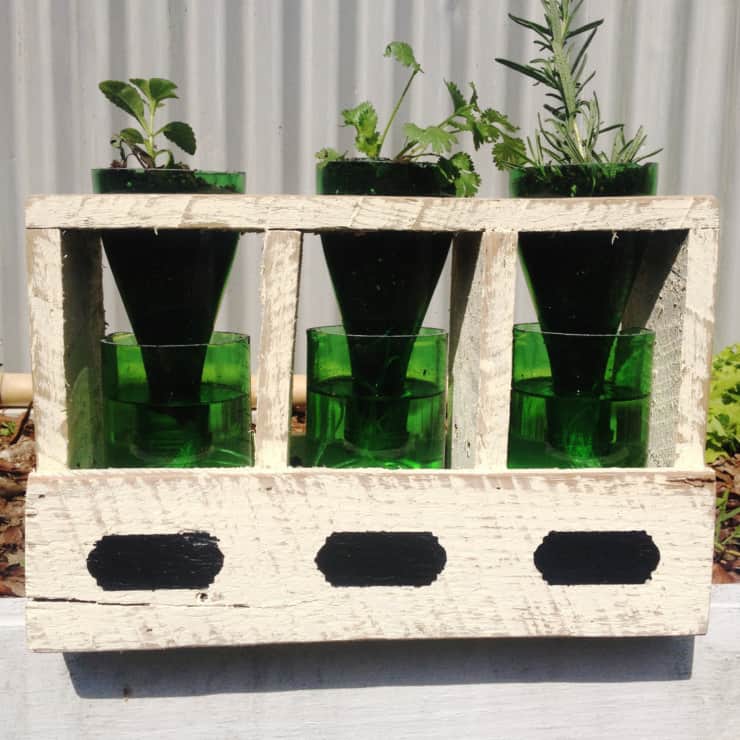 Mother’s day is this weekend.  Did you forget?  Have you procrastinated?  Need a simple solution that you can … 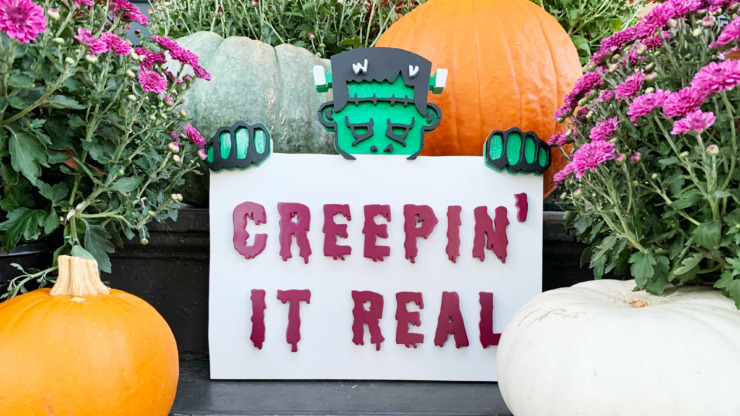