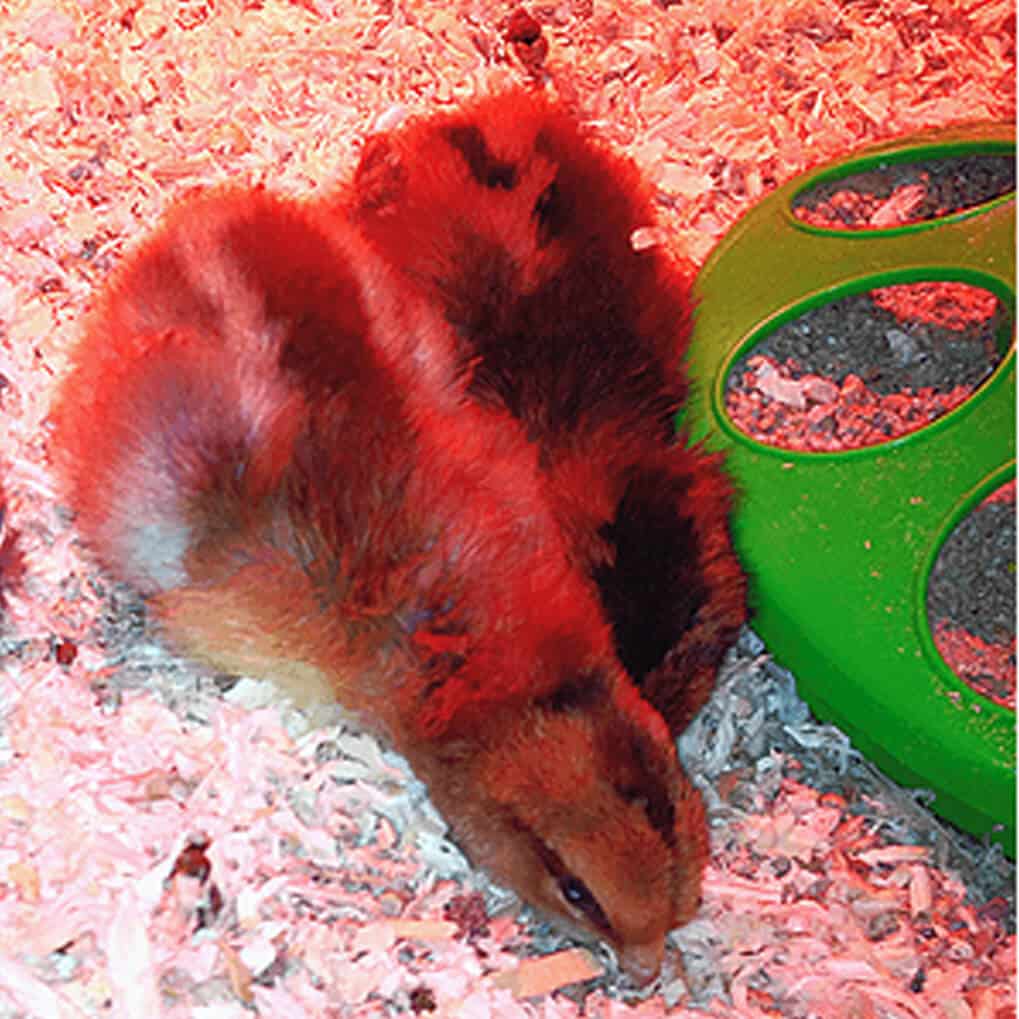 Having your own backyard chickens in the city has gotten to be a pretty popular thing these days.  Which is funny because people like me born in the country like to move to the city to get away from the country life.  I kid you not, my senior year of high school people took their prom dates to the dance on tractors…with a police escort through town.  My date wasn’t as lucky, she got to ride in a Ford Probe.

Well the country found me in the form of 4 baby chickens or “peeps” (not the brightly colored marshmallow kind you eat) that were living in our basement in a rubbermaid container under a heat lamp.  What you might not realize when you first receive your new chickens in the mail is that you have to wait until they are big enough and have enough of their adult feathers before you can put them outside in their coop.  Which is actually great because I hadn’t built a coop yet.  What’s not great is they lived in the basement for about 6 weeks… and they create a ton of dust from shedding their baby feathers.

Before we go any further, you might be wondering why we opted to get the chickens when they were babies rather than a full grown chicken that’s ready to lay eggs.  That’s simple, my wife said she wanted chickens she would be able to hug.  Just like the baby Velociraptor in Jurassic Park, the little ladies imprint on you.  We picked them up often and played with them and even had our dog Gus meet them.  This is why we refer to them as pets.  They come to you when you call them and they don’t mind be petted or picked up.  If you get full grown chickens, realize you’re getting an angsty teenager that only wants to rebel… and scratch your eyes out.

I already mentioned that the little chickens lived in our basement for their first few weeks.  The reason for this is because they can’t regulate heat yet, cats and raccoons like to eat them when they’re little and oh God the dust… so much dust.  You see people on the internet building fancy brooders for their chicks, well, those people are probably raising more than four.  Don’t waste your time and money.  We bought a giant rubbermaid container at Home Depot that would be big enough to hold four chickens, a feeder and a waterer and high enough that they couldn’t jump out.  (Do not put the lid on!)  We had some left over screen that I clipped over the sides (because they started escaping!) and then rigged a work lamp and red heat bulb to hang over the top.  The bulb should be red, and not because they are open for business and are ladies of the night.  In their first week or two the chicks need an air temperature of about 95 degrees.  As they get older you can move the lamp farther away.  Each week you can drop the temperature by about 5 degrees.  Be smart here though folks… heat lamp + plastic storage bin = melted plastic mess.  We ended up putting a pair of saw horses over the bin and suspending the heat lamp over the middle.  That way it was warm enough for the chickens and adjustable, but not direct enough to melt the bin.  Don’t ask me how we figured this out…  Also, pay attention to your chickens, if they are all hanging out directly under the heat lamp, it’s probably still too cold.  If they all hang out in the corners away from the lamp, they are probably too hot.  Adjust accordingly.

You know what baby chickens are full of? Chicken shit.  Lots of it.  I know some people use newspaper to line their brooders, but that’s a big no no in the chicken world.  It might be easier but apparently there are some health concerns that come at a cost of easier cleaning.  Everyone we talked to said large pine shavings are by far the best choice.  Not cedar.  Pine.  You will have to change the bedding often, but you’re only talking a couple square feet.

Yes I Just called a baby dumb, but they really are.  When it comes to feeders and waterers baby chickens are the worst.  They’ll sleep in them, poop in them, knock them over and pretty much drive you crazy in how often you have to change them.  But, chicks need water and they need food.   Also, pick up some grit while you’re at it.  Sprinkle it into their food like you’re seasoning their meal after the third day.  Your local co-op or Tractor Supply Co. should have everything you need right down to starter feed and containers.  Do not put a bowl of water in the coop, because it’s very easy for these little ladies to drown.  One thing we were told to do is that when you first introduce the chicks to their brooder, you need to take each one and tap their beaks to the water.  They don’t know any better at this point and this is how they learn where to drink.

Field trips!If it’s warm enough (70+) and they are at least 3 weeks old, you can bring them outside to be in the sun.  They’ll love it!  Just remember they need to be supervised because lots of things will try to eat them if left unattended.  So if you’re working on your coop like you should be, this is a good time to have them out there with you in a contained area.   Now about that coop…